For a refreshing and unique choice, pumpkin seeds bring a distinct flavor to any snack food mixture.

This rich, almost peanuty taste can also stand alone as its own snacking selection, with or without salting and roasting. Bonus for the snack-food consumer, of course, is that pumpkin seeds are naturally nutritious. Packed with protein, fiber, iron, minerals and amino acids, they are also a good source of calcium and linolenic acid – a heart-healthy substance.  While pumpkin seeds are available year round, they are the freshest in the fall when pumpkins are in season.

Pumpkins, and their seeds, were a celebrated food of the Native American Indians who treasured them both for their dietary and medicinal properties. The cultivation of pumpkins spread throughout the world when the European explorers, returning from their journeys, brought back many of the agricultural treasures of the New World. While pumpkin seeds are featured in the recipes of many cultures, they are a special hallmark of traditional Mexican cuisine. Pumpkin seeds have recently become more popular as research suggests that they have unique nutritional and health benefits.

Today, the leading commercial producers of pumpkins include the United States, Mexico, India and China.

These seeds contain proteins, iron and are rich in vitamin A and are a popular breakfast. 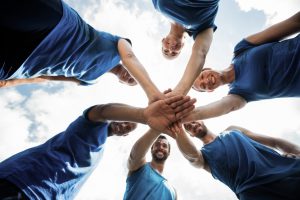 Components in pumpkin seed oil appear able to interrupt the triggering of prostate cell multiplication by testosterone and DHT, although the exact mechanism for this effect is still a matter of discussion. Equally open for discussion is the relationship between pumpkin seed oil extracts (which could be purchased in the form of a dietary supplement) and pumpkin seeds themselves. The prostate-helpful components found in the oil extracts are definitely found in the seeds; the only question is whether the amount of seeds eaten for a normal snack would contain enough of these prostate-supportive components. The carotenoids found in pumpkin seeds, and the omega-3 fats found in pumpkin seeds are also being studied for their potential prostate benefits. Men with higher amounts of carotenoids in their diet have less risk for BPH; this is the connection that has led to an interest in pumpkin seed carotenoids.

Zinc is one further nutrient found in pumpkin seeds that might impact prostate function. The fact that pumpkin seeds serve as a good source ofzinc may contribute to the role of pumpkin seeds in support of the prostate. However, studies about the relationship between zinc and BPH show mixed results, and more research is needed to determine the circumstances under which zinc might be helpful versus harmful.

In addition to maintaining prostate health, another reason for older men to make zinc-rich foods, such as pumpkin seeds, a regular part of their healthy way of eating is bone mineral density. Although osteoporosis is often thought to be a disease for which postmenopausal women are at highest risk, it is also a potential problem for older men. Almost 30% of hip fractures occur in men, and 1 in 8 men over age 50 will have an osteoporotic fracture. A study of almost 400 men ranging in age from 45-92 that was published in theAmerican Journal of Clinical Nutritionfound a clear correlation between low dietary intake of zinc, low blood levels of the trace mineral, and osteoporosis at the hip and spine.

The healing properties of pumpkin seeds have also been recently investigated with respect to arthritis. In animal studies, the addition of pumpkin seeds to the diet has compared favorably with use of the non-steroidal anti-inflammatory drug indomethacin in reducing inflammatory symptoms. Importantly, though, pumpkin seeds did not have one extremely unwanted effect of indomethacin: unlike the drug, pumpkin seeds do not increase the level of damaged fats (lipid peroxides) in the linings of the joints, a side-effect that actually contributes to the progression of arthritis.

A Rich Source of Healthful Minerals, Protein and Monounsaturated Fat

Phytosterols are compounds found in plants that have a chemical structure very similar to cholesterol, and when present in the diet in sufficient amounts, are believed to reduce blood levels of cholesterol, enhance the immune response and decrease risk of certain cancers.

Phytosterols beneficial effects are so dramatic that they have been extracted from soybean, corn, and pine tree oil and added to processed foods, such as “butter”-replacement spreads, which are then touted as cholesterol-lowering “foods.” But why settle for an imitation “butter” when Mother Nature’s nuts and seeds are a naturally rich source of phytosterols-and cardio-protective fiber, minerals and healthy fats as well?

Pumpkin seeds are not a commonly allergenic food and are not known to contain measurable amounts of oxalates or purines.